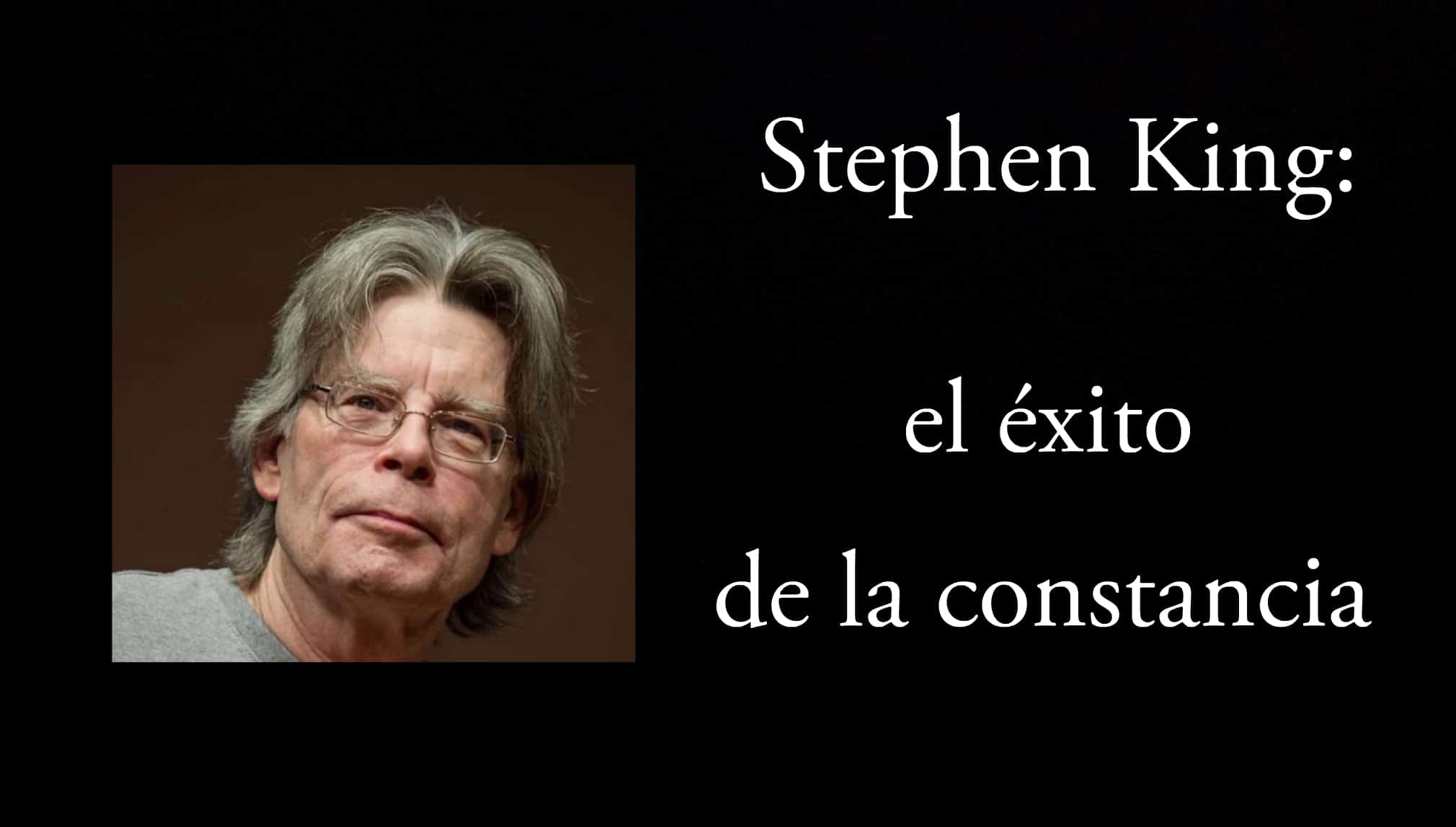 Stephen King, the success of constancy.

If there is an author who is in the fray today for the genius of his bloody pen, it is Stephen King.. This American from Portland has marked a before and after in the horror genre in world literature. His fondness for horror fiction comes from when he and his brother David (approximately 5 and 7 years old each) read horror stories from the series to each other. Shock SuspenStories y Tales from the Crypt.

There are many fans of the writer, and among those who do not know him fully, there is always talk of his successes, such as The Shining o Animal Cemetery, among the best works of King. The truth is that before his fame came, King lived a very difficult life with his mother and brother.

When the writer was just 2 and a half years old, his father (Donald Edwin King) abandoned his family. King's mother, Nellie Ruth Pillsbury of King, long remembered the phrase “I'm going for cigarettes,” said by Donald before leaving for good. From there, Nellie had to work hard to raise her two children. For this he worked simultaneously in up to three jobs.

As time passed, after his readings with his brother and mother (an exceptional storyteller), Stephen's passion for literature grew, especially horror. Nevertheless, money was always a limitation to be able to consecrate. Poverty was very marked in them. In the winters, even, the King brothers had to go to one of their aunts' house to be able to bathe in hot water during winters, which in Maine were very harsh.

Ruth always hoped that her husband would return, but it was never like that. The paternal emptiness was palpable at home, both emotionally and financially, and it affected the King brothers emotionally.

The King brothers and their newspaper

Despite everything, David and Stephen grew up strengthened by the support of their mother, to the point that they did not limit themselves to try to capture their passion for letters. If the brothers had something, that was love of reading. In fact, everything in his life was influenced by books (horror, especially), there wasn't a day when they didn't read something or practice writing.

In 1959, and aided by an old typewriter that he got, David created the Daves rag, a kind of newspaper where the young man published his occurrences. There, Stephen King contributed to various reviews he made of television programs of the time.

This was King's first formal encounter with letters. Despite being extremely poor, the creation of the Daves rag it was news throughout the town.

Stephen King and the genetic origin of his love for literature

When King was 12 years old, he got some letters in boxes at his aunt's house. It was about several attempts that his father had made to be able to publish some works made by him; all were rejected. At that moment Stephen understood that his crossing with the world of letters was marked by something greater than himself., something that persisted from the blood, even and with the perennial absence of his father.

Collection of works by Stephen King.

The persistence of economic problems

After being convinced that his was literature, the young man Stephen began submitting his stories to magazines and newspapers for publication, but was rejected and again. The only thing that set him apart from his father was not giving up, but persisted and persisted.

The Lisbon Hish School opened the doors to the writer and there he managed to fit in well. In fact, in that institute, for his talent with the letters, King was very recognized.

However, despite entering an institute where his work was recognized, and insisting with various media to publish it, King could not stabilize financially. The writer came to work as a grave digger in order to get some extra money. King also had to donate his blood several times so that there would be something to eat at home.

If King has something to be grateful for, it is his myopia, flat feet and high blood pressure, because these factors saved him from going to Vietnam. By the way, his position in the face of this war was very clear and blunt.

In the encounter with the love of his life

Stephen met Tabitha Jane Spruce, his future wife, while he was doing a part-time job at the university library. She studied history and was a lover of poetry. Little by little love flowed between them, they had their first daughter and then they got married.

Even though King had two jobs and his wife had one, the money was not going well enough. For that reason they had to live in a trailer. That shattered King's aspirations. The thought persisted in his mind that he had to repeat the unfortunate story of his mother.

The presence of alcoholism

All those problems stacked, one after another and directly linked to the economic, they caused the writer to fall into depression and, later, into alcohol addiction. And we are not talking about someone conventional, no, this was an individual who in his third year of university work had already completed five novels, when the rest of the students did not even think about writing one.

What happens is that the lyrics were not valued enough at that time, well, not those of someone not recognized, who did not come from a family of renowned writers. That is the main drawback that King presented, he did not have recognized literary ancestry.

The success of persistence and Tabitha's good eye

In 1973 Stephen King was working on a story based on the story of a young woman who was bullied at school. Also, the girl was the daughter of a religious fanatic. Yes, that story was Carrie. Despite the fact that the story was good and addictive, King did not believe in its potential, did not consider it with the necessary force, so he threw it into the trash can.

Tabitha was able to find the manuscript while doing housework, read it, and told her husband it would be a success, not to leave it aside. Nothing closer to reality.

In 1974 Stephen was contacted by Doubleday Publishing, who decided to publish the story and pay $ 2.500 for it. It was all thanks to the intervention of the editor Bill Thomson, a friend of Stephen's. The emotion was noticeable in the King family, however, the good news did not reach there.

The New American Library later contacted Dobleday and offered him $ 200. for the rights of Carrie. After several negotiations, the amount reached $ 400.

According to the statutes by which Doubleday was founded, the writer was responsible for half of what was negotiated. Fue just as Stephen King managed to quit his other jobs and dedicate himself fully to living from letters. Perhaps most unfortunate of all is that Ruth, the writer's mother, was unable to feel her son's triumph. She died before the negotiation was finalized, she suffered from cancer. This affected Stephen deeply.

The rest are stories masterfully woven, and if you have not read them, I recommend you look for them.