Today, Valentine, we bring you the brief analysis of a romantic drama story, specifically, that of the play he wrote Jose Zorrilla in 1844, "Don Juan Tenorio". To understand this work of the dramatic genre a little more, we are going to know a little about its author and the time in which it is located.

José Zorrilla belonged to a family of absolutist monarchical ideals and began his law studies, which he later abandoned. He began to be known in the literary circle after he narrated at the funeral of lara, some verses in the cemetery in his honor. It can be said that he is one of the few authors of that time who enjoyed fame while alive: he traveled to France and lived for a while in Mexico. Ideologically speaking, his work focuses on traditional romanticism. 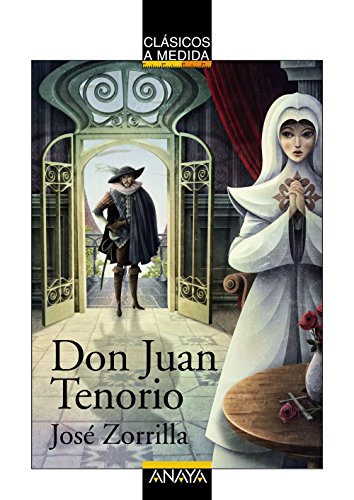 The play, which although romantic in nature, is staged in many theaters in the Day of the Dead, breaks with the traditional rule of 3 units. It is characterized by an abundant number of acts, which appear titled. Its external structure is divided into two parts:

Given these two very different parts, a work of pure and thoughtful reflection makes its way.

Both parts, each develop in one night and there is a time difference of 5 years between them. This work, which longs for the past (characteristic and common of traditional Romanticism), is located in the Spain of Carlos V.

Su main character, Don Juan, present in The Trickster of SevilleHe is an amoral, libertine young man who seduces women, no matter the number, who finally lives a supernatural encounter thus unleashing the last moment of the work, his salvation or eternal damnation. José Zorrilla, unlike the baroque work, focuses on a single love affair and presents a main character, in this case Don Juan, who repents and achieves salvation through love.

His second character is Don Luis Mejía, whom Don Juan ends up killing in the play. This character has been seen as a representation of the sin of Don Juan. For this reason, the death of Luis Mejía symbolizes the end of his past life.

Mrs. Ines, the character opposite Don Juan, is the one who brings goodness and innocence to the work. Doña Inés is the one who bends Don Juan's wickedness and appears very close to divinity: an angel of love who is capable of acting as a mediator between God and the world. In it, José Zorrilla tries to represent the belief in the salvation of the human being, reflecting the importance it has for the human being, the values ​​of goodness and faith. Also the possibility of finding true love.

A beautiful love story ... Without a doubt.

Don Juan Tenorio ...
€12,30
View deals See features
Related article:
What did the literature of Romanticism leave us in Spain?