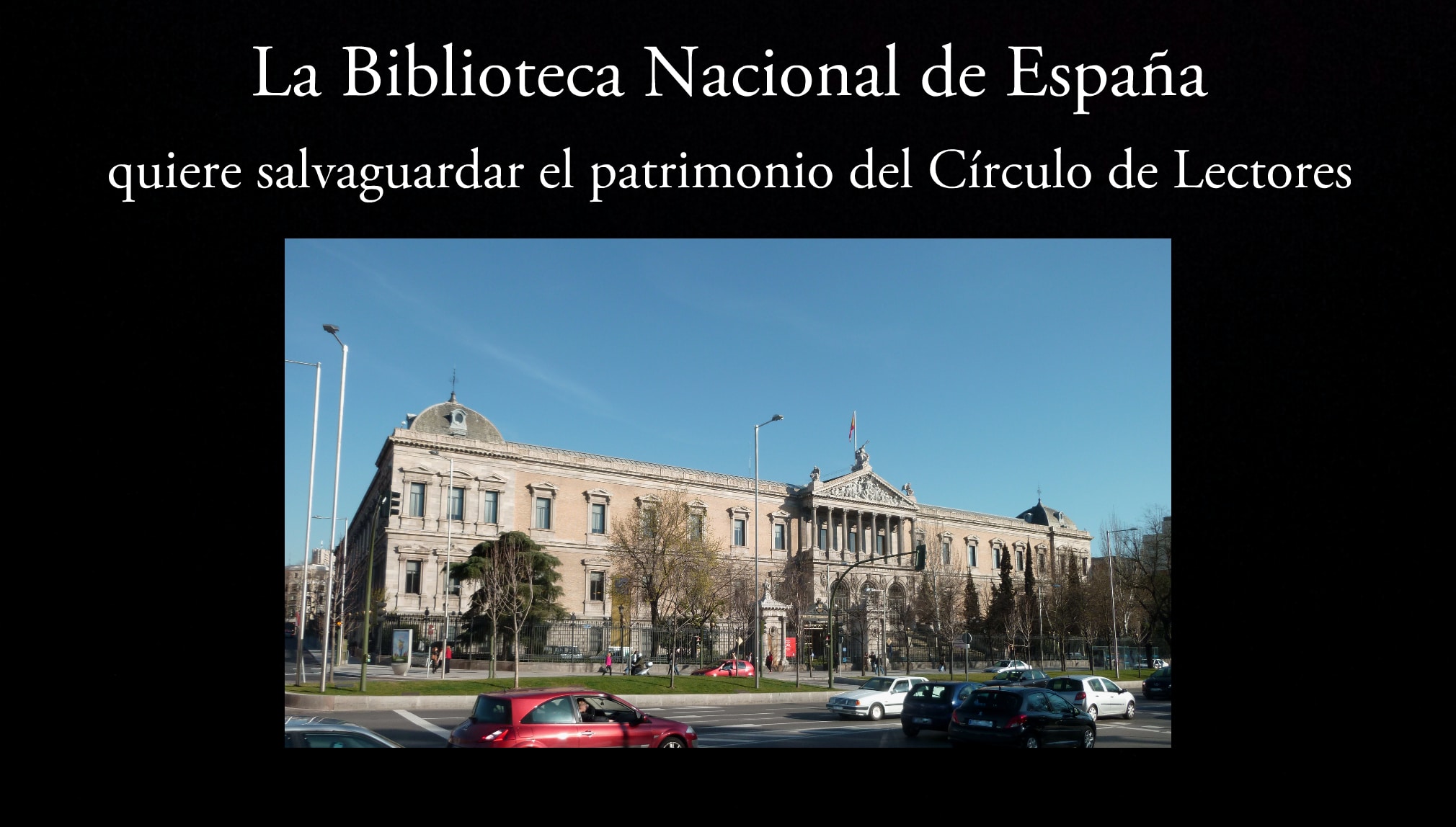 The National Library of Spain wants to save the patrimony of the Circle of Readers.

After the Grupo Planeta will announce the closing of the Círculo de Lectores Almost a month ago - claiming that "The door-to-door model no longer works and we will link it to digital shopping" - a light has been lit regarding the preservation of the archive of such an important club.

The National Library of Spain (BNE) —after finding out through a publication of the newspaper El País that the attorneys of the Círculo de Lectores informed part of those in charge of the rights of the volumes (among them the managers of Mario Vargas Llosa and Francisco Ayala) that they would carry out a "partial destruction operation" of the copies of their complete works - He asked that all the books in the collection be transferred to him for his protection, care and use.

This reaction on the part of the BNE is more than logical. We are talking about the fact that the Círculo de Lectores was the largest reading club that the Spanish state has ever had. And if with the decision to close there was a great controversy, now there is greater confusion and concern because it is intended to destroy one of the most extensive and important physical literary records in the history of the recent Spanish language.

Everyone knows that Grupo Planeta completely bought the shares of the Círculo de Lectores in 2014. However, due to changes in user trends (greater immersion in digital reading and acquisition of products via the web) it was decided to close the club.

Regarding the publication of El País, the spokesmen of Grupo Planeta have announced:

“The heirs are being informed that, after the closure of the Círculo de Lectores club, the rights to sell this way remain up in the air. What will be done with the fund will depend on the agreements reached with them ”.

The widow of the writer Fernando Ayala also raised her voice

For her part, and giving truth to the news, the widow of the writer Fernando Ayala stated:

“This very important project was necessary, to the extent that it equated the Spanish language and literature with those of other great cultures in which there are similar projects. Its destruction represents a true cultural tragedy that, in these times, is probably irreparable ”.

The waters are in a tense calm

The spokesmen for Grupo Planeta, to calm down the situation, indicated:

“What was sent was a standard administrative letter that came out without those who processed it knowing about these negotiations; there was not at all nor is there in the house the will to destroy anything of the patrimony of Círculo de Lectores ”.

What persists in the environment is a remarkable tension in the face of a decision-making that seems totally absurd in the XXI century. For now, the interested parties hope that sanity prevails, since preserving the books would be of enormous benefit to Spain. It is reassuring to know that the voice of the BNE had an impact as necessary, so that the 25.000 copies at stake (and the rest of the informative material of interest to the Círculo de Lectores) may be safeguarded.

Full path to article: Current Literature » genres » A light is turned on around the fate of the Círculo de Lectores, the National Library of Spain has requested that the club's archive be transferred to it for its preservation