The old man and the sea

The old man and the sea (1952) is the most recognized work of fiction by the American Ernest Hemingway. After its publication, the writer returned to the literary arena. The narrative is inspired by the author's own experience as a fisherman in Cuba. In a little over 110 pages, he captured the adventures of an old sailor and his struggle to capture a large marlin fish.

This short story was first published in the magazine Life, which thrilled Hemingway, since his book would be available to many people who could not buy it. In an interview he expressed: "... this makes me much happier than winning a Nobel." In a way, these words became foreboding, as the writer was awarded the Nobel Prize for Literature in 1954.

Santiago es a well-known fisherman in Havana like "the old". He is going through a rough patch: more of 80 days without get fruits of the fishery. Determined to change his fortune, he rises early to enter the Gulf currents, everything seems to get better when it bites on his hook a marlin fish. He sees this great challenge as a way to show others his skills.

The old man fought for three days against him big and strong fish; during those long hours many things went through his mind. Between them, his pastWhen his wife lived and enjoyed prosperity in their work. He also remembered Mandolin, a young man to whom he taught the trade since he was a child and who had been his faithful companion, but who moved away.

Santiago gave everything, and with one last effort managed to secure the fish wounding him with his harpoon. Proud of his feat, he decided to return. The return to land was not easy at all, as the old fisherman had to deal with sharks that lurked his catch. Although he fought with several, little by little they managed to devour that huge fish and leave only its skeleton, which generated feelings of defeat in the old man.

Late afternoon, Santiago reached the shore; left his boat and the remains of the great fish and went home exhausted and extremely sad. Despite the fact that there was nothing left of the marlin, everyone in the village was amazed by the magnitude of such a fish. Mandolin was there and saw the arrival, and he regretted having abandoned the old man, so he promised to accompany him again on the job. 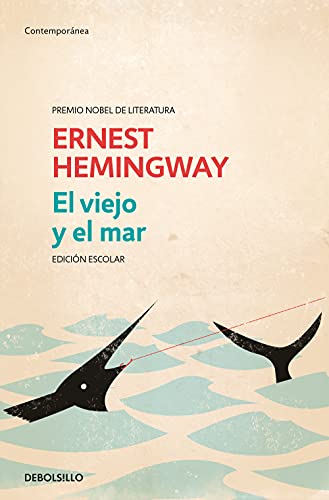 Analysis of The old man and the sea

The story contains a clear and simple language, which allows a fluent and enjoyable reading. Despite not having too many pages - in comparison to other novels -, provides dense and quality content. There are many teachings present in this narrative, which, in addition, will depend on the interpretation of the reader. That is why you can find different opinions about this work.

This short story shows the unique style of the writer. A hero is introduced — Santiago, an old fisherman — who, despite his advanced age, does not give up. As always, there is a superficial issue: lack of fishing; however, the story goes further. The character goes through a series of very human situations, such as loneliness, disappointmentthe loss, but he lives it all without losing his will and courage.

We are facing what they call an open ending. The story does not have a specific outcome, since it is not specified what really happens with Santiago. Therefore, everything is left to the interpretation of the reader. For example, the sadness and defeat with which the fisherman returns home could be interpreted as the end of his existence.

Without a doubt, The old man and sea It is a book that makes you reflect on many life situations. Despite having as its main theme the journey of a veteran fisherman going through a rough patch, the story symbolically touches on other points, such as: friendship, loyalty, perseverance, fearlessness, pride, loneliness y deathTo name a few.

Some biographical data of the author

Writer and journalist Ernest Miller Hemingway was born on Friday, August 21, 1899 in Oak Park Village, northern Illinois. His parents were: Clarence Edmonds Hemingway and Grace Hall Hemingway; him, a renowned gynecologist; and she, an important musician and singer. Both were respectable figures in Oak Park's conservative society.

Ernest attended Oak Park and River Forest High School. In his junior year, he attended —Among the many subjects— journalism class, which Fannie Biggs dictated. In this matter, the best writers were awarded with the publication of their articles in the school newspaper, called: The Trapeze. Hemingway won with his first writingWas about the Chicago Symphony Orchestra and was introduced in 1916.

Beginnings in journalism and the first world war

In 1917 — after refusing to go to college — he moved to Kansas. There began his work as a journalist in the newspaper Kansas City Star. Thinking of just staying in this place for 6 months, he got enough experience to do his future jobs. Later joined the Red Cross to attend WWIThere he worked as an ambulance driver on the Italian front.

After an accident in the ambulance, Ernest had to return to his native country, where he returned to journalism. In 1937 he traveled to Spain as a correspondent by the North American Newspaper Alliance to cover the Spanish Civil War. A year later, he reported the events of the Battle of the Ebro and in the middle of World War II he witnessed D-Day, where Operation Overlord began.

Hemingway was considered part of the Lost Generation, a group of Americans who began their literary career after the First World War. It is because of that his works show the disappointment and hopelessness of a difficult time. His stories and novels are characterized by being written in narrative prose, with short declarative sentences and little use of internal signs.

The writer was identified as having a unique style, which marked a before and after in the literary field. His first novel, PARTY (1926), began his career. This work exhibited a very own way of writing, to which Hemingway called: the iceberg theory. With it, the author maintains the rationale for the story should not be delivered directly to the reader, but must implicitly stand out.