In the last fifty years, Alejandra Pizarnik has been the most widely read Argentine poet in Latin America and the world. His unique and incomparable style transcended in time, beyond his tragic death. The author created a very original poetic discourse, characterized by a very rich language and by covering complex themes for her time.

Even though his life was extremely short —He died when he was only 36 years old—, managed to build a robust career and left a legacy of very important works. With your first post, The most alien land (1955), Pizarnik conquered thousands of readers, who remained faithful until his last book in life: The little songs (1978). Among the distinctions he received, the Municipal Poetry Prize (1965) stands out.

It is the second collection of poems published by Pizarnik. It is a collection of six of the best poems he had written to date. These compositions reflect the energy and impetus of the young author; the verses are impregnated with restlessness, uncertainty, doubts and many questions.

One of the poems that we can enjoy in this anthology is:

“My being filled with white ships.

My being busted feelings.

All of me under the reminiscences of

I want to destroy the itchiness of your

I want to avoid the restlessness of your

Why does your ghostly vision round the goblets of

It is the third collection presented by the author. The work contains sixteen love compositions. Newly there is a notorious exposition of Pizarnik's life itself, and there is an evident evolution with respect to his previous works. Also, this compilation has important feminist poems from that period. Among the poems stands out:

"It will explode the island of memories.

Life will be just an act of candor.

for the days of no return.

the ship's monsters will destroy the beach

on the wind of mystery.

the unknown letter will find the hands of the soul ”.

In this book, Pizarnik presents 38 short poems with free verses. The work it was prefaced by the Nobel Prize for Literature Octavio Paz. On this occasion, themes such as death, loneliness and grief stand out. As in previous installments, each poetic line reveals intimate details of the author, such as her emotional and mental instability. There are passages that can be totally contradictory.

The first poems in the anthology are:

"I have made the leap from me at dawn.

I have left my body next to the light

and I have sung the sadness of what is born ”.

“These are the versions that he proposes to us:

That is a collection of 47 poems with various themes. Time, death, passion and pain are among the main protagonists. It is one of the most complex works of the Argentine author, and the one that more forcefully demonstrates its poetic character. In an interview with Marta Isabel Moia, Pizarnik stated: “That book gave me the happiness of finding freedom in writing. I was free, I was the owner of making myself a form as I wanted ”.

A sample of this collection of poems is:

"When you look at me

my eyes are keys,

the wall has secrets,

Only you make my memory

Is a short story about Countess Erzsébet Báthory, an atrocious and sadistic woman, who performed terrible crimes in order to stay young. In twelve chapters the torture methods applied by this "lady" are described little by little. The book consists of 60 pages with illustrations by Santiago Carusola and includes fragments of poetic prose in the best style of Pizarnik.

The Hungarian aristocrat Erzsébet Báthory marries Count Ferenc Nádasdy at the age of 15. Three decades later, the man passes away. By then, the countess is 44 years old and is afraid of getting old. To prevent gray hair from reaching you, starts in witchcraft, leadsndo perform rituals in which he uses the blood of young girls to maintain its freshness. According to notes found in his room, he tortured and murdered more than 600 women in different ways. 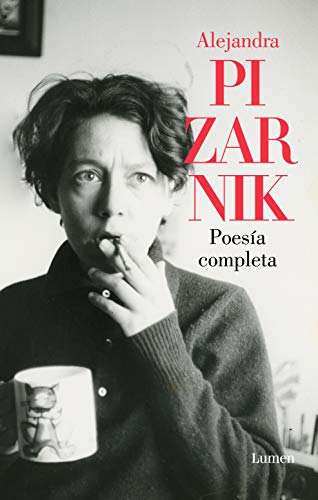 The poet Flora Alejandra Pizarnik was born on April 29, 1936 in Buenos Aires, Argentina. He came from a family of middle-class Russian immigrants, who originally had the surname Pozharnik and lost it while residing in the Barça country. From a very young age he was very smart, although he was also He was characterized by having many insecurities due to his physical appearance and his stuttering.

After completing high school, in 1954 he entered the University of Buenos Aires, specifically the Faculty of Philosophy and Letters. But soon after —associated with his variable personality— he switched to a career in journalism. Later, he began art classes with the painter Juan Batlle Planas, although he finally abandoned everything to dedicate himself exclusively to writing.

In his university days, he began his therapies with León Ostrov. In doing so, he tried to control his agitation and improve his self-esteem. These meetings were of the utmost importance for his life and even for his poetry, since he added to his works that experience about the unconscious and subjectivity. "The awakening", one of his most famous poems, was dedicated to his psychoanalyst.

His years in Paris

In the early 60s, Pizarnik lived in Paris for four years.. At that time he worked in the magazine Notebooks, ademas She developed as a literary critic and translator. There he continued his academic training upon entering the Sorbonne University, where he studied History of Religion and French Literature. On Parisian soil he also cultivated excellent friendships, among which Julio Cortázar and Octavio Paz stand out.

His first book was published in the mid-50s and it was titled The most alien land (1955). But it was not until his return from Paris that he presented his most representative works —with greater poetic experience—, showing his intense, playful and creative style. Among his 7 poems stand out: Diana tree (1962) the works and the nights (1965) y Extraction of the stone of madness (1968).

Pizarnik also ventured into the narrative genre, with the short story The bloody countess (1971). After his death, several posthumous publications have been made, such as: The desire for the word (1985), Sobra texts and latest poems (1982) y Complete poetry (2000). His letters and notes were compiled in Pizarnik correspondence (1998) y Diaries (2003).

From a very young age Pizarnik had emotional instability, with great anxiety and complexities, problems that are reflected in his poems. In addition to this, he kept a secret your sexual preference; many allege that he was homosexual and that hiding his reality also affected him significantly. The poet treated her ailments with a variety of medications to which she became addicted.

Another detail that negatively impacted her life and destabilized her was the sudden death of her father, which occurred in 1967. As a result of that misfortune, his poems and diaries became more gloomy, with notes such as: “Endless death, forgetfulness of language and loss of images. How I would like to be away from madness and death (…) The death of my father made my death more real ”.

In 1972, Pizarnik was admitted to a psychiatric hospital in Buenos Aires due to severe depression. On September 25 - while on a weekend of leave -, the poet ingested a large number of Seconal pills and overdosed that led to her death. On the blackboard in his room remained what would be his last verses:

"I do not want to go

that to the bottom ”.