Anna Kadabra It is the ideal collection to encourage reading and the imagination of little readers.. They are books from 7 years old created by Pedro Mañas, narrator of children's literature. And for their part, the fun and creative illustrations are by David Sierra Listón. Anna Kadabra is edited by Destino Editions (Planet).

It tells the story of Anna, a girl who has a surprise, a secret unknown even to her parents: she is a witch. Anna will have to balance her school life with her activities at the Full Moon Club. Also, the collection of Anna Kadabra has been enriched and expanded by the incorporation of the story of the witch's friend, Marcus Pokus, and other books in the collection, such as the series Legendary Adventures o The Magical Diary of Anna Kadabra.

Anna Green was a normal girl until she is chosen by a magical pet to be part of a patrol of witches who protect the neighborhood. After her parents' surprise decision to move out of her, Anna begins a new life in Moonville beyond the ordinary: her nickname is Anna Kadabra and she has a magic wand and a book of spells. 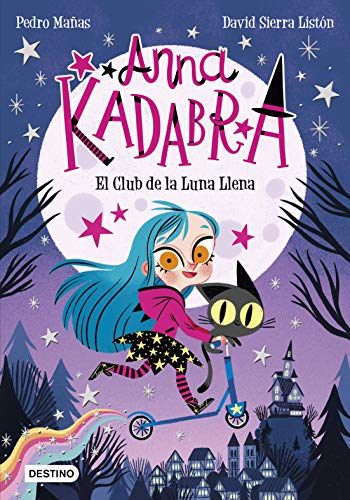 A problem with wings (Anna Kadabra 2)

The Full Moon Club's commitment is to chase away Moonville's troubles. So when it starts to rain glitter dung from the sky the club will only have to look up and discover a problem with wings. Which is nothing more and nothing less than a winged pig that is also a bit of a unicorn! The club will set out to protect this little animal from the evil Witch Hunters. 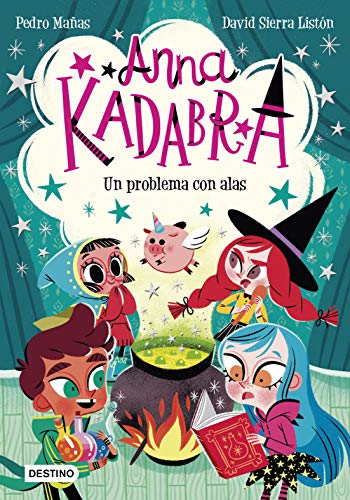 A monster in the bathtub (Anna Kadabra 3)

With the arrival of summer, field trips arrive and the club discovers that the neighbors have left the swamp full of all kinds of garbage. And not only that, There's also a monster with tentacles! When they think that they should fight him, in reality what that being needs is help and they will try to save him. 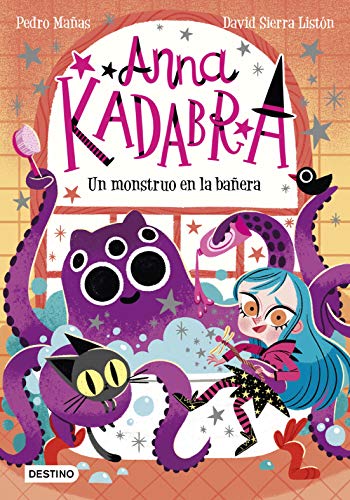 What better plan for Anna and the witch club to throw a party The most terrifying night of the year: Halloween! They get down to work to spend a scary night, however, Oliver Dark is selfish who intends to ruin the party and comes up with an idea to achieve it. 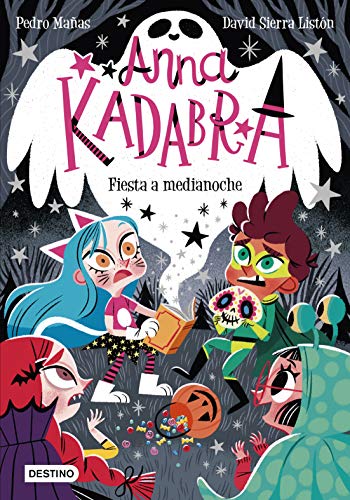 The Island of Pets (Anna Kadabra 5)

On this occasion the club embarks on a new adventure to help retrieve Madame Prune's magical pet. The teacher lost it a long time ago and the club is looking for a way to get it back for her birthday so they can surprise her. 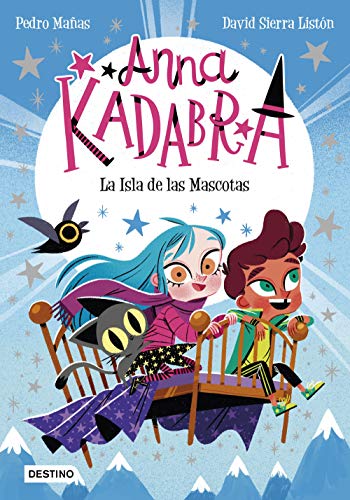 The Full Moon Club is also a group of young witches studying to be the best wizards in Moonville. And the first exam is coming up, the Magic Kitchen exam. A subject that Anna finds especially difficult. Now that she has her recipe, her witch friends want to help her make it work. Will they manage to make some delicious cakes? 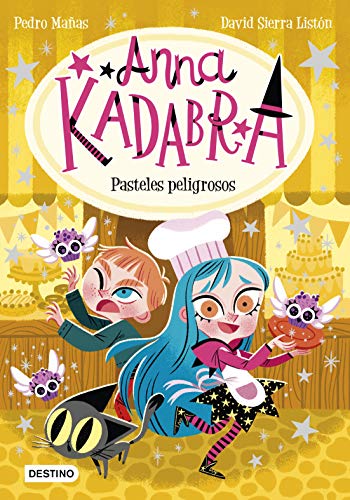 The secret of the forest (Anna Kadabra 7)

The club is going camping! There Anna and her friends will be able to enjoy nature, living together in the forest and thus perform a multitude of spells together to put everything they have learned into practice. But what they didn't count on is the evil presence of the envious Oliver Dark. 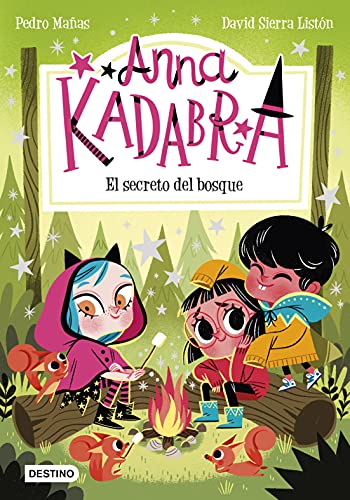 The Full Moon Club has the honor of presiding over the next witchcraft festival. During a whole weekend Anna's group will go through different tests in companies of witches and wizards from other clubs. Not only will they have a great time, but they will make new friends. But the most important thing, of course, is achieve the festival goal: get the big golden wand! 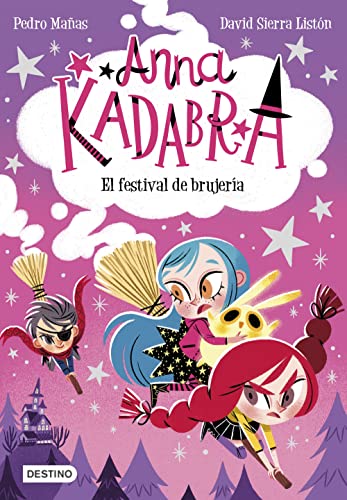 A wolf on stage (Anna Kadabra 9)

Anna and the rest of the club plan to put on a play to be seen about Lobelia de Loboblanco., the most unique and famous sorceress that Moonville has ever had. However, the halo of mystery that surrounds this character means that everyone has ever doubted this character. Perhaps with this play she will truly be revealed: was she the excellent witch that some say she was, or is she an evil witch who, with the help of a gigantic wolf, assaulted the town? 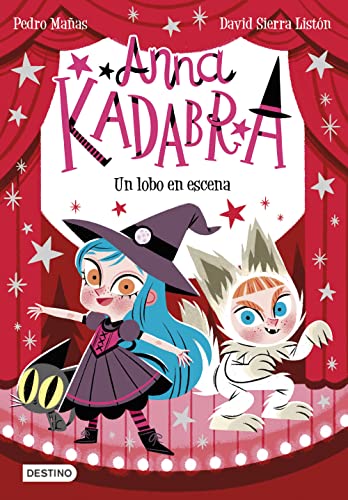 The call of the sirens (Anna Kadabra 10)

A new adventure of The Full Moon Club that promised to be a little calmer. EITHER that's what Anna and her friends hoped for their trip to the Lighthouse of Storms, a bit of hard-earned rest. But a new enigma to solve is presented to them when Angela's little brother arrives with a strange girl who has been lost on the beach, and who speaks an unknown language. 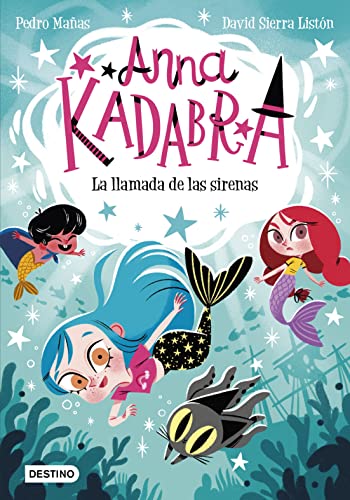 Yes, yes… a magical diary! A book with lots of activities in which to unleash the creative magic shared with Anna and her friends from The Full Moon Club. Now all fans of Anna's adventures can also become apprentices with The Magical Diary of Anna Kadabra. In it you will find spells, potions, games and crafts, recipes, more stories from The Full Moon Club and much more. 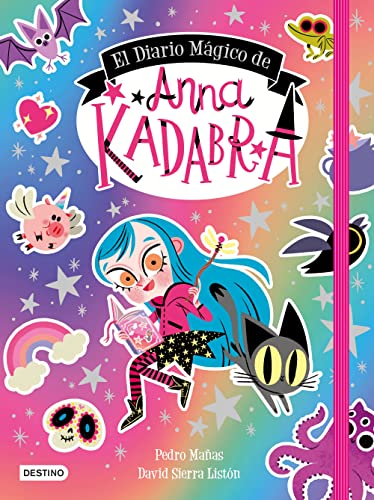 Pedro Mañanas was born in Madrid in 1981. The author is dedicated to children's writing; he is dedicated to his public, since he is also involved in reading promotion tasks from educational centers. Since he was a child, he has been interested in writing, an activity that he has done all his life from a child's perspective, something that he emphasizes and of which the author is proud. He says that he has always been, and still is, a child writer..

He has been awarded the most important awards for children's literature in Spain, as Reading is Living (Everest), City of Malaga (Anaya), The Steamboat (SM) And the Anaya Prize for Children's and Youth Literature. Due to his success and the quality of his work, his work can be found translated into Catalan, French, German, Portuguese and even Korean and Chinese. In addition to narrative, he has also been praised for his children's poetry.