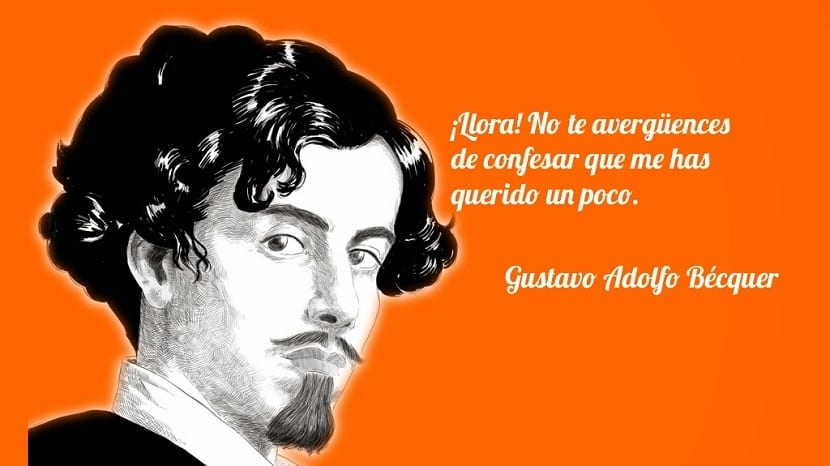 It is on days like today that I am especially glad to be able to write about literature. The reason, here: Today marks the 180th anniversary of the birth of Gustavo Adolfo Bécquer, one of the two romantic authors who "resurrected" romanticism in Spain. The other writer, how not to name her: Rosalía de Castro. Together they revived Romanticism, which had begun its decline around 1850. For this reason, these two authors are classified as post-Romantic.

But take care of Bécquer, we will briefly summarize what his person and work meant for literature:

His rhymes are short poems, popular in tone and with a lot of musicality in their verses. In them, 4 totally differentiated blocks can be perfectly observed: 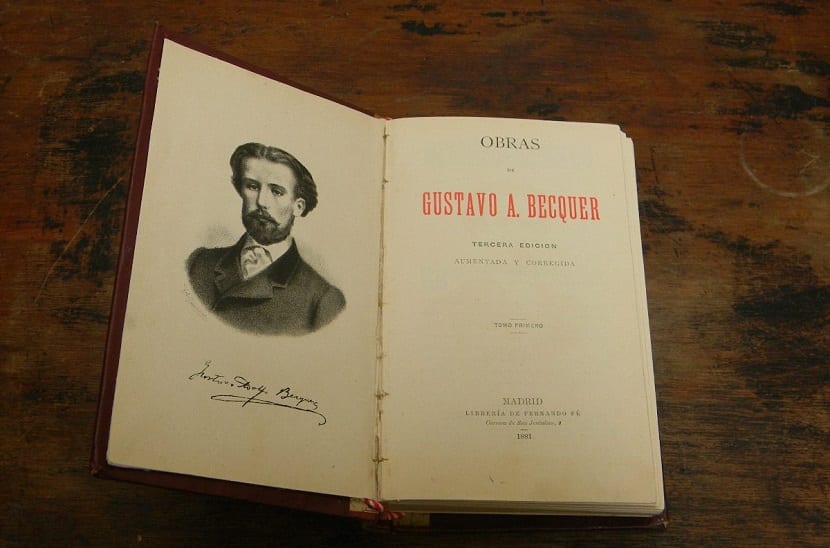 In these rhymes, Bécquer speaks to a slender, blue-eyed woman («Your blue pupil ...»), with blond hair and fair complexion. He says that it is a frustrated and impossible love, but sometimes the woman seems to be the poetry itself, the one that is not reached, that perfect poetry that resists the author ...

Bécquer's poetry differs greatly from that previously written romantic poetry. Bécquer, under a intimate and mysterious halo, flees from the typical consonant rhymes of romantic verses, and creates his own compositions: shorter and shorter, more direct, more natural, not so forced or ornate, ...

He himself said this of his poetry:

«Natural, brief, dry, that springs from the soul like an electric spark, that wounds the feeling with a word and flees; and naked of the artifice,… it awakens the thousand ideas that sleep in the bottomless ocean of fantasy ».

The symbolism of his poetry and its essentiality exercised a strong influence on authors and Juan Ramón Jiménez or those of the Generation of 27. Therefore, it could be said that Bécquer was a poet ahead of his time, a forerunner of later movements, as well as a late romantic.

Here is a documentary about the life and work of GA Bécquer. It's only 15 minutes, it's worth seeing:

A tear appeared in his eyes
and to my lip a phrase of forgiveness;
Pride spoke and wiped away his tears,
and the phrase on my lips expired.

Sighs are air and go to the air.
Tears are water and they go to the sea.
Tell me, woman, when love is forgotten
Do you know where it goes?

The dark swallows will return
on your balcony their nests to hang,
and again with the wing to its crystals
playing they will call.

But those that the flight held back
your beauty and my happiness to contemplate,
those who learned our names ...
Those ... will not return !.

The bushy honeysuckle will return
from your garden the walls to climb,
and again in the evening even more beautiful
its flowers will open.

But those, curdled with dew
whose drops we watched tremble
and fall like tears of the day ...
Those ... will not return!

They will return from the love in your ears
the fiery words to sound;
your heart from its deep sleep
maybe it will wake up.

But mute and absorbed and on my knees
as God is worshiped before his altar,
as I have loved you ...; get off the hook,
Well ... they won't love you!