Hugo's silences is a novel written by the Spanish author and poet Inma Chacón. The work reached readers on October 7, 2021. Since then, it has moved the hearts of Chacón's assiduous followers, but also of people who recently discovered it. This is a book full of metaphors, a sense of belonging and excessive love.

Hugo's silences is a novel that is responsible, through agile prose, to put taboo topics on the table, such as death, lack of communication between close family members, illness and loneliness. Its pages evoke the nostalgia typical of a time when other forms of suffering were beginning to be discovered.

It was the year 1996. Any given day in November, Olalla, Hugo's younger sister, disappeared without a trace. All the relatives wondered where he could have gone. The young woman was not in the habit of leaving her house in this way, especially if she takes into account the serious illness that afflicts Hugo. Twelve hours later, no one understands why she fled or where she might find herself.

Hugo is in the hospital. His condition hovers between life and death, and the family is unable to find Olalla's whereabouts. The story is built between the precariousness of Hugo's health, the strange disappearance of Olalla —who adores his brother with all the strength of his heart and was always on the lookout for him—, and the contemporary past of Spain, a context full of nuances. 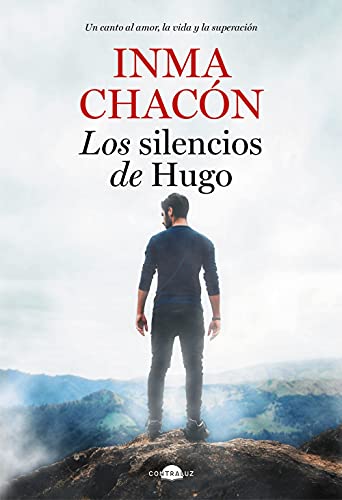 Themes of the novel

This work is full of things that are not said, of secrets that have been hidden for many years. Hugo has been carrying a great weight for more than a decade, which he has had to hide from his friends, his family and his beloved sister.

When he was young there was an event that marked him forever. His relatives think that this event, although terrible, was heroic. However, they are in for a big surprise when the protagonist reveals the truth to them.

At the same time, this reality that he took with him from a trip to the abyss eats at him from the inside, not only because he cannot count it and every day it weighs more heavily on his bones and on his conscience, but because it puts the stability of his loved ones at risk and the your own. Little by little, without being able to avoid it, his life turns into hell, into a bomb that could explode at any moment. While this is happening, Olalla gets lost.

Hugo's silences talk about brotherly love between siblings, about how an accurate and iron friendship can embrace and pity in moments of sorrow. But He also talks about the loneliness that comes with being silent about the ills that afflict each character..

On one hand, Helena, a woman who secretly falls in love with Hugo, see how he always runs away from her, and shuts him up for fear of hurting him or getting hurt. On the other hand, as the plot progresses, characters like Olalla, Josep and Manuel rescue the protagonist from a life of calamities that you feel you have to deal with alone.

More than talking, the novel shows moving images where love is always one of the central pieces, the backbone that sustains the argument. In addition, the resource of loneliness is used to demonstrate strength and rupture.

Hugo never accepted the rules imposed by his father. From a very young age, what he loved most of all things was his little sister Olalla. When the reason for all their joy was diagnosed with polio, Hugo and his parents decided to protect the integrity of the young woman at all costs, who was always willing to maintain family peace and not make any complaints.

Olalla is a young woman who is happily married. Despite suffering from polio, she finds in her family the support she needs to live happily and full of peace. However, this situation is affected when, after many years, his older brother confesses that he suffers from a taboo disease for the time: AIDS. As a result of that, not only does her relationship with her relatives change, but the woman disappears for a long time.

It's about Hugo's best friend. It is the person with whom this last character lived his days of youth, in which both were revolutionaries. However, Hugo moved away from his partner without giving him any explanation.

Helena is —or seems to be— Hugo's great love. This character, like others in this story, suffers from the strange distance that Hugo imposes towards others. Despite being in love, they both lose communication and she doesn't understand why.

Josep is Olalla's husband, with whom they maintain a happy marriage until Hugo decides to reveal his illness.

About the author, Inmaculada Chacón Gutiérrez

Inmaculada Chacón Gutiérrez was born in 1954, in Zafra, Badajoz. Chacón studied and PhD in information sciences and journalism at the Complutense University of Madrid. Later she worked as dean at the European University, in the Faculty of Communication and Humanities. Likewise, she worked as a professor at the Rey Juan Carlos University, from where she retired.

Inma has collaborated on countless occasions with various media. She has been a storyteller and poet, as well as a participant in various joint works of poetry and short stories. Chacón is the founder of the online magazine binary, of which she is also the director. As a writer, she has participated in the column area in The Newspaper of Extremadura. Also, she was a finalist for the Planet Award in 2011.