The monk Who Sold His Ferrari

The text is based on the personal experience of the writer Canadian national. Sharma, when I was 25 years old, decided to abandon his prestigious career trial lawyer to dive en seeking itself. The result is a path of self-discovery turned into a business fable that he wanted to share with the world and gave rise to a series.

Analysis and summary of The monk Who Sold His Ferrari

The way of the lawyer

A person with everything in life?

Julian Mantle, a famous Harvard Law School graduate trial attorney, seemed to have it all in life. What more could you ask for? His salaries exceeded a million dollars a year, he lived in a lavish mansion and had a spectacular red Ferrari. However, appearances were deceptive: Mantle was under a lot of stress due to her heavy workload.

Despite his deteriorating health, the protagonist accepted increasingly complicated and demanding cases. until one day he suffered a cardiac arrest in full court. After that collapse, Mantle stopped practicing law., He disappeared of public life and his colleagues at the firm where he worked, did not see him again. Rumors said that he had gone to Asia. 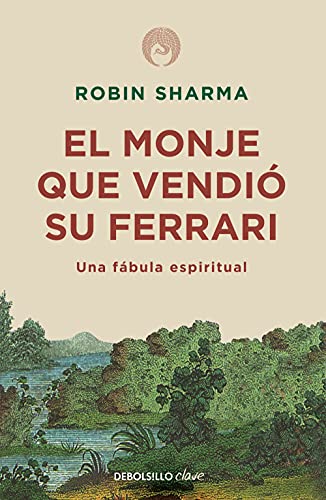 The return of the monk

The truth was that the lawyer sold his luxurious property and his vehicle, All this in order to find a more transcendental meaning to your life. After three years, Mantle returned to the firm where he worked; he was transformed, radiant, looking very healthy, brimming with happiness. There, he related to his former colleagues that he toured India and learned about yogis who did not age.

In Kashmir, Mantle met the sage of Sivana, who encouraged it a continue your way up to the Himalayas. Among the highest mountains in the world, the protagonist decided to stay and live with some monks - the wise men of Sivana. and found himself.

Yogi Ramán shared all his knowledge with the former lawyer. That way, Mantle learned to preserve his energy to lead a life full of vitality, full of creative and constructive thoughts. The only condition put by the master to his apprentice was that the latter should return to his old workplace and share the precepts of the Sivana method.

In the middle of a garden very beautiful and quiet natural, there was a huge red lighthouse from which came an extremely tall and heavy juice fighter. The fighter only wore a small pink string that covered his private parts. When he started walking around the garden, he got a golden chronograph that someone left behind there.

Poco después, the fighter he slipped and fell unconscious. Upon waking up, looked to his left and discovered a road covered in diamondsthe route to happiness and a full existence…). At first glance this fable seems like a fanciful tale, meaningless. However, each of the elements of the story holds a powerful meaning along with the keys described below:

The fable of the juice fighter reflects that mastery of the mind is essential to lead a full life. Although mistakes and falls (adversity) are part of existence, people should not be overwhelmed by negativity. Instead, the author urges projecting optimism through mastery of thoughts.

In the fable of the juice fighter, a red lighthouse appears, from which this character comes out. This construction represents the focus that people must have to achieve their Dharma. That is, that heroic personal mission achievable only through the recognition of one's gifts and talents, along with accepting fears in order to confront and overcome them.

The power of discipline

Time must be conscientiously managed. In the fable the scanty clothing of the juice fighter symbolizes self-discipline. In this regard, the Sivana method specifies that vows of silence for a long time are ideal for strengthening people's will.

Selflessly serve others and immerse yourself in the present

The "here and now" is the most relevant moment of all; Only in this way can the true riches (the diamonds) of the path of life be appreciated. In addition, to make each moment more rewarding, people must dedicate themselves to serving others Without expecting anything in return. In this regard, the monks told Mantle that "by helping others you actually help yourself."

Techniques and exercises described in the book

Robin Sharma was born in Uganda in 1965. He is the son of a Hindu father and a Kenyan mother. They took him to Port Hawkesbury, Canada, when he was very young. There he spent his childhood and a large part of his youth, during which time he devoted himself to studying Biology. Later, He earned a Master of Laws degree from Dalhousie University, Nova Scotia.

In that house of studies he taught law classes and began to cultivate his speaking skills. Eventually, se became a renowned lawyer until he decided to take a radical turn in his life and leave his career in law. Today, Sharma is famous in many countries thanks to his countless motivational and leadership lectures.

Sharma's beginnings in publishing were quite modest. His literary premiere was Megaliving !: 30 Days to a Perfect Life (1994), self-published and edited by his mother. His second book - also self-published in 1997 - was The monk Who Sold His Ferrari.

The monk's book is a prose lyric with autobiographical features on the path of spiritual growth of a lawyer determined to overcome his materialistic daily life. This story really became known after Ed Carson, former president of Harper Collins, "discovered" the text in a Canadian bookstore. The title would be relaunched in 1999.

Other books published by Robin Sharma