Together with Leopoldo Alas Clarín and Benito Pérez Galdós, the Countess Emilia Pardo Bazán is an emblematic figure of Spanish literary Realism of the XNUMXth century. Likewise, the Galician writer is considered one of the forerunners of Naturalism in the Iberian nation. This assertion is substantially based on the palpable stylistic characteristics in works such as The Pazos de Ulloa.

The protagonist of this novel is Julián Álvarez, a recently graduated clergyman who is in charge of fulfilling the functions of chaplain in Los Pazos. There, he meets Don Pedro Moscoso, alias the Marquis of Ulloa, the most graceful inhabitant of that parish where disorder reigns. The entanglement arises when the young priest secretly falls in love with Marcelina, the fiancée of the Marquis.

Analysis of The Pazos de Ulloa

Don Pedro Moscoso is the highest ruler of Los Pazos. This is a misruled town mired in laziness where the authorities tend to steal taxes with impunity thanks to the indolence of the Marquis. Therefore, the arrival of a young chaplain entrusted with correcting the administration of the parish is viewed with obvious suspicion. 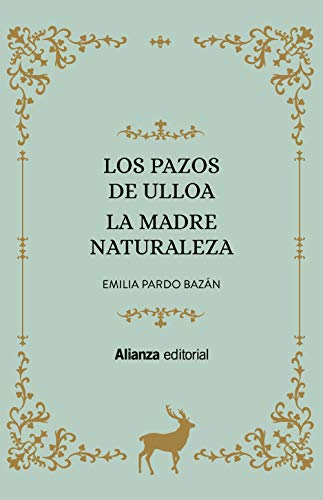 Elements of naturalism present in the work

He is a priest recently graduated from the seminary who has been sent to the Pazos in order to de take charge of the regency of the estate and the Christianization of its inhabitants. As soon as he arrives, he is treated with impoliteness and rudeness, which clashes head-on with the refined and somewhat effeminate manners of the clergyman.

In any case, his kind character, education and serenity do not prevent him from eventually being involved in the murky events that took place in that place. Additionally, the young priest can't help but fall in love (in a very pure way) by Nucha (Marceline), destined to be the wife of the Marquis of Ulloa.

He is the owner of Los Pazos. Although he does not have a true noble title, he makes the inhabitants call him "Marquis". He is a burly 30-year-old man, with rude, misogynistic manners and undisguisedly despots within their lands. Moreover, from his point of view, impoliteness is perfectly appropriate behavior for the pathetic morality prevailing in that rural context.

He is the cunning, sullen and calculating lackey of the Marquis. Certainly, is the one who veiledly pulls the strings of a community mired in disorganization very convenient for your interests. Despite being illiterate, he is very cunning and ambitious. In fact, he has a hidden plan to make his grandson — who is the illegitimate son of his daughter and the Marquis — the owner of the whole place.

She is the hacienda cook, daughter of Primitivo and lover of Don Pedro, with whom she has an illegitimate son, Perucho.. She is about a woman quite mistreated by the Marquis. However, she is not completely a victim of the situation, as she puts up with her abuse because deep down she wants her son to inherit the villa and the Marquis's assets.

He is the unrecognized son of Don Pedro and Isabel. Although he has fine features and a sweet nature, he is always ragged and unkempt. In addition, the elders take him on assignments—many of them illegal—instead of giving him a proper education. Consequently, the confused boy commits numerous robberies and is swept up in indecency prevailing in your environment.

Nicknamed Nucha, is the distinguished daughter of Mr. Lage engaged to marry Don Pedro. In accordance with her hidalgo ancestry, shows manners of an elegant, serene, submissive and very religious lady. Precisely, her faith drives her to lean closely on Julián when her husband's contempt becomes apparent (despite giving him a daughter).

About the author, Emilia Pardo Bazán

Doña Emilia Pardo Bazán and de la Rúa-Figueroa was born on September 16, 1851, in La Coruña, Spain. She was the only child of Count José Pardo Bazán y Mosquera and Amalia de la Rúa Figueroa y Somoza (she inherited her father's noble title in 1890). the future writer He had a privileged education complemented by an avid habit of reading since his childhood.

At the age of fifteen, he published his first story: "A Marriage of the XNUMXth Century". At that age, the young aristocrat Ella had already shown a great interest in languages ​​and she already spoke German, French and English fluently. In addition, He completed his education in Madrid, but was prevented from entering the university, since at that time it was only allowed to men.

In the summer of 1868, the writer —still a teenager— married José Quiroga y Pérez Deza, a 19-year-old law student. After the revolution in September of that year, her newlyweds toured France and Italy with her parents. During her journey, Emilia became interested in reading great authors from those countries in her original language.

Emilia Pardo Bazan and Jose Quiroga they had three children: Jaime (1876), María de las Nieves (1879) and Carmen (1881). The chroniclers point out that it was a harmonious marriage. However, the union began to separate in the 1900s due to her intellectual position. Among the ideas —some very controversial for her time— expressed by the author throughout her life, are:

Published in 1876, Critical study of the works of Father Feijoo It was the essay with which Pardo Bazán became known as a writer. That same year she published James, a collection of poems edited by Francisco Giner de los Ríos dedicated to his eldest son. Since then, the Iberian author completed thirty-nine narrative works, more than six hundred and fifty short stories and eighteen essays.

Additionally, six speeches and texts for conferences, five poems, thirteen travel books, six biographies, nine theatrical pieces have been published on the Spanish writer, two cooking texts, three letters and a translation. Several of these publications appeared after his death on May 12, 1921 from a complication associated with diabetes.