The invisible girl is a novel by the youth romantic literature writer Francisco de Paula Fernández González, known as Blue Jeans. The work was published April 05, 2018, with it the author ventured into the genre thriller and began a homonymous trilogy to the first book. In this police court plot, a teenage girl is murdered at her school, a place full of enigmas and suspects.

Blue Jeans produced a story in which young people were the protagonists, starkly showing the difficulties they face and how they usually deal with them. For it, touches on issues of concern, such as: bullying, social media, fake news, and sexual preferences. The author's objective is to reflect on the realities that youth are currently experiencing.

Your Order The invisible girl

On Friday, May 19, 2017, the young Aurora She searches through her worn clothes for an outfit to go out. Accompany his exploration with his favorite song: “Castle on the hill” by Ed Sheeran. With that try to ignore reality in the who lives together with his mother, Vera. Both have had a hard time after his father -Bernard- will abandon them three years ago.

It was a hot night Aurora she finally finds what to wear, puts on her makeup, and stops to look at her watch: it was eight o'clock. Just before leaving, receive a WhatsApp message: "You come now? I won't be able to stay long. Until nine o'clock. Hurry up". Soon, He takes his things and goes to the place of the appointment: the Rubén Darío institute, which was just around the corner. 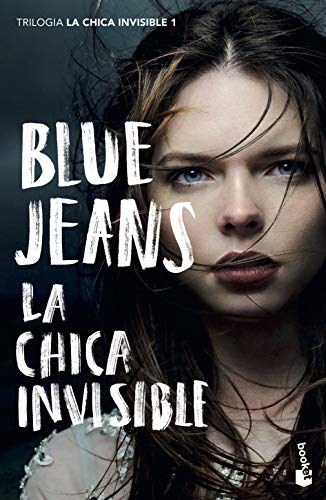 Upon arriving at the school - which was still open for evening classes -, Aurora manages to enter without being observed. He goes to the locker room but he stops when he reaches the sports field, since a young man practiced basketball. In order not to be seen, she decides to stay there until the area is clear. Meanwhile, she sends a WhatsApp to whoever is waiting to explain what happened, but she doesn't get a response.

Minutes later, the young man leaves and Aurora immediately walk to your destination. When entering the dressing room he does not find anyone, think that maybe your date had something unforeseen. Suddenly, they open the door, the young woman turns quickly, but her emotion faded when she saw who had arrived. The young woman - terrified - stumbles and falls, at the same time she hears the words: "Hello, am I not the person you expected?"

That same night, Julia —Aurora's classmate— he studies for his final exams with Emilio, this through a video call on Skype. They are both best friends since she moved - motivated by her father's job - to the small town 3 years ago. After agreeing to meet the next day for breakfast and continue with their studies, they say goodbye and end the call.

Julia He comes down to dinner, his mother — Aitana — had ordered pizza. Miguel Ángel, the father of the family, tells them about an accident. At that time, the young woman receives a call unknown; attend and turns out to be Edge, who asks yes your daughter Aurora is with her.

Julia is surprised, since it is not related to his lonely companion She and Emilio even classify her as the invisible girl.

In the early morning of Saturday, Vera reported her daughter as missing and immediately the case is assigned to Sergeant Miguel Ángel, Julia's father. The next morning, Aurora's lifeless body was found at the institute, with a strong blow to the head and a compass at his side. The tragic event shocked everyone, both at school and in town.

Julia was very upset with the news, she immediately told Emilio that they should inquire about what happened. She is an insightful young woman and is privileged to have first-hand information from both her father and mother — who is the coroner. Everyone in the institute will be interviewed, like this, little by little and while investigating the murderer of Aurora, surprising and dark secrets are revealed.

The invisible girl takes place in 544 pages divided by a prologue, 72 chapters and an epilogue. Each part is short, with simple language and short dialogues that make reading fluent and enjoyable. The history is narrated in third person and the plot unfolds between the present and some moments of the past, especially of the life of Aurora.

She is a young woman of 17 years who studies high school and She has become isolated and introverted since the day her father left. His personality has prevented him from having friends, in addition, he has been the victim of rejection and ridicule on several occasions. She is murdered in a mysterious way at the school where he was in his first year of high school.

She is the protagonist of the story, a young girl of amazing intelligence with a fairly high IQ and incredible memory. She is a fan of mystery novels, especially those of Agatha Christie; he loves to play chess and idolizes Magnus Carlsen. As you try to solve the murder of Aurora, you will be faced with the most complex puzzle of your entire life.

He is an unusual boy, sheltered in his asocial personality. However, he is totally different when he's with Julia; are best friends and confidants. Although she was initially attracted by his way of being, their relationship has only been friendly. Emilio accompanies Julia in the investigations into the strange death of Aurora, which awakens his journalistic instinct.

In thriller A variety of characters will be involved, including teachers, students and villagers. Among them Michelangelo stand out —the police sergeant Judicial of the locality— and Aitana - the forensic-, both in charge of Aurora's case.

Francisco de Paula Fernández González was born in Seville on November 7, 1978. He lived his youth in Carmona, there he studied at the Salesianos school and at the Maese Rodrigo secondary school. He started university with a law degree, but in a few months he knew that it was not his vocation. He retired, traveled to Madrid and graduated as a journalist from the European Universityand he specialized in the sports area.

On multiple occasions he has collaborated for various media with his work as a sports journalist. He was also a children's coach in the futsal teams of the Palestra Atenea Sports Club. After those experiences, decided to dedicate himself to writing, specializing in the creation of novels in the juvenile genre, which include romance and current technologies.

In 2009 :, the Spanish writer published Songs for Paula, his first narrativeWhich signed as Blue jeans —Pseudonym by which he is recognized today. His debut feature began a youth romance trilogy of the same name. The success of these publications took off his career. Since then he has written three additional series and his last independent novel, The thrillerr: The camp (2021).