When inquiring on the web about "Nieves Herrero Libros", the results point to the latest novel by the Madrilenian: Those blue days (2019). This historical narrative was a great surprise to the literary world, and enjoyed a diversity of opinions on the part of the critics. In the work, the author presents us again with a plot with real protagonists and that is seasoned with light touches of fiction, in which she exalts iconic women of the recent past.

The novel That broken moon (2001) was Herrero's first step into literature. After this debut, the Spanish admitted in an interview La Voz de Galicia be a media writer. At that time he said: “I have no choice, because I am a journalist. I don't know how to invent, I can only tell what I have experienced, heard or been told ”.

It is the first book by Nieves Herrero. It is a novel based on the divorce of a Madrid lawyer couple, who have been together for fourteen years. Although it is a fictional story, there is much of the author's experiences in it; In this regard, he confessed: "... it was almost a therapy, because I had to translate what I had inside into something and I filled pages with feelings."

Beatriz and Arturo are married and have a two-year-old daughter, Monica. Without even suspecting it, the woman discovers that her husband is unfaithful to her, a situation that completely destroys it. Therefore, she decides to immediately file a divorce claim and ask for custody of her little daughter. This is how the separation process and the disappointment of Beatriz, who is in charge of her own defense, is shown in detail.

It is an adventure and romance novel that has as protagonist a Lucas Millan. This suffers a serious accident and must undergo a transplant as soon as possible. As the deadline for the operation is about to be reached, the doctors find a heart for the young man. The intervention is carried out without even suspecting that the origin of the organ would affect Lucas's life.

The procedure was a success. But nevertheless, while the young man recovers he begins to have strange memories and incomprehensible feelings. Soon, he discovers that everything is associated with the heart he received - it belongs to a Native American - and for this he must fulfill an important mission. At the same time, he is torn between two loves, that of the woman in his life and the one his heart desires, who is very far from him. 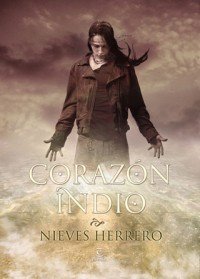 It is a narrative about the secret romance between the Marchioness Sonsoles de Icaza and the minister Ramón Serrano Suñer Franco's brother-in-law. Both were important figures of the postwar period in Spain, both in the social and political spheres. The novel was adapted into a miniseries in 2016, broadcast by Telecinco and starring Blanca Suárez, Rubén Cortada and Charlotte Vega.

The story begins when Carmen - daughter of the protagonists- meets with the journalist Ana Romero, who writes her memoirs. In his story tells how he discovered that the Marquis Francisco Diez de Rivera was not his father and that she was the product of an affair between her mother and Ramón Serrano Suñer. Additionally, she describes how — later — she faced being in love with her own brother.

Then, the narrative moves to 1940, when at a high society gathering Sonsoles knows to the important Francoist minister Ramon Serrano Suner. They are both mesmerized and they start a steamy romance clandestine. After two passionate years, rumors of their relationship flood the Spanish streets, a situation for which Franco conveniently separates his brother-in-law from office. 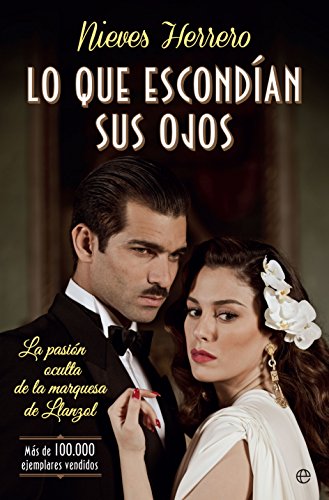 It is a novel based on love story which existed between the actress Ava Gardner and the Spanish bullfighter Luis Miguel Dominguín. The plot includes the vehement relationship of the leading couple, in addition to other details of their personal life. In the same way, the reality of Spain under the Franco dictatorship is shown, after more than a decade after the Civil War ended.

The famous Ava Gardner arrives in Spain to rest after her latest film. Currently, she has many ups and downs with her husband —Frank Sinatra—, so a few days in Madrid would be good for her. It's the time of year when everything blooms, a conducive environment that pops the flare of love and passion between the actress and Luis Miguel after meeting their gazes for the first time. 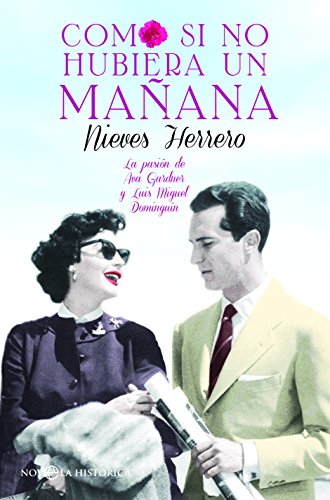 It is the most recent novel by the author. In the text it is tells the story of the poet and playwright Pilar de Valderrama. The plot reveals a transcendental secret: the lady, herself, is Guiomar, the muse of Antonio Machado. The title of the work comes from a fragment of the poem found in the suit worn by the Spaniard on the day of his death, and which reads: "These blue days, this childhood sun."

Herrera was contacted by Alicia Viladomat - Pilar's granddaughter - who wanted to capture her grandmother's memories for posterity. In this long story, It is described how the young poet —after learning of her husband's infidelity— decides to travel to see classes with Machado. Upon meeting, the two felt a deep connection, and that platonic love inspired many of the author's poems. 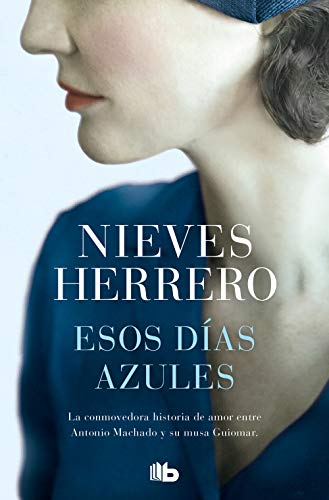 The Spanish journalist and writer Nieves Herrero Cerezo was born March 23, 1957 in Madrid. In 1980, she graduated with a degree in Journalism from the Complutense University of Madrid. Two decades later, she graduated as a lawyer from the European University of Madrid. Herrero has a long history in the journalistic world, with almost 35 years of work.

During his career he has traveled through various media, some of them: Antena 3 Radio, TVE, RNE, Telecinco and Onda Madrid. In addition, highlights his intervention in different programs on radio and television, for which it has been awarded on various occasions. Currently, he directs and presents Madrid Direct by Madrid wave and collaborates in The hour of the 1 In the channel The 1.

Since 2001, he combines his journalistic career with literature, field in which it has also carved out a successful career. With a total of eight books, the Spanish writer has gained hundreds of readers, who delight in her interesting and unique narratives. Most of his works are based on historical plots adorned with fiction, among them stands out: What hid your eyes (2013).

During his career, Nieves Herrero has been known for exalting women. Thus, most of his narratives are carried out by women. Also, He has written for the newspaper El Mundo more than 100 interviews called: "Alone with them ...", which were made to some of the most significant ladies of Spanish society.