Perfect liars is the name of a mystery youth bilogy written by the Venezuelan author Alex Mírez. The first volume of the series was published on the Wattpad platform in 2018 and has 123 million readings and 8.1 million views to date. Thanks to its popularity, the Montena publishing house put the work on paper in 2020. A second book called perfect liars, dangers and truths.

Although both works are self-contained, they are closely related to each other. When Mírez's material was put on paper, several chapters were added —which can only be read in physical form—, so the book became very long. To publish it, the author and the publisher agreed to divide the work into two volumes with conclusive endings.

Jude Derry is a young student who manages to enter the prestigious Tagus University. It is an elite institute filled with swimming pools, stables, beautiful libraries, luxurious dining rooms and other impressive amenities. As Jude makes his way onto campus he begins to notice that all the activities, talks and parties revolve around a trio of brothers that look like the center of the universe: the Cash.

The rich, popular, powerful and attractive members of the Cash family have control of everything that happens inside the university. These young people can become brutal, manipulative, and unbearable.. However, the protagonist has a dangerous secret plan: to bring down the mystery that engulfs the brothers and exposes their lies. 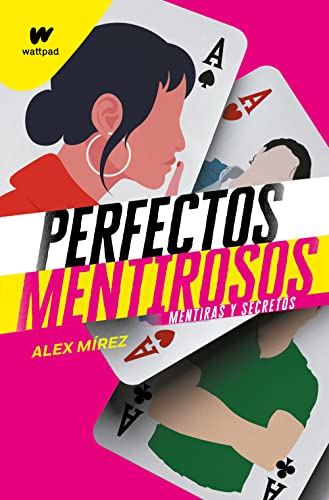 The novel is narrated from the perspective of Jude Derry, who tells his story in the past tense while addressing the readers directly. Upon his arrival in Tagus meet Alexaindre, Aegan and Adrik Cash, the three most powerful brothers in the university. the trio not only reigns throughout the school, but forces the other students to comply with a series of cruel rules, challenges and games for their own amusement.

One of the rules says that the Cashes can choose the student they want and make her their girlfriend for ninety days - none of them cross that time barrier. One day, Jude challenges the brothers to a game of poker and wins. In revenge, her famous trio subject her to humiliating events.

However, Jude chooses to stay close to them. and become Aegan's girlfriend to extract information from his family and expose them to the authorities because of his dark past.

La protagonist of this novel is a young university student who tries to define herself by her intelligence and cunning in strategy.. Like all the characters in the play, she hides a great secret. Jude lost someone close to him to the insidious behavior of the Cash brothers—or, at least, that's what he thinks he knows. The girl is involved in many embarrassing situations to try to discover the truth. But nothing is what it seems.

aegan is the eldest member of the trio and is also the leader of the Cash brothers. In the play he is described as an attractive young man with impressive tattoos. he is also capricious, manipulative and always gets what he wants. It is emphasized in the book that Aegan is intelligent and superficial. Likewise, he is an arrogant man who hides a scandalous truth.

Adrik is the typical "bad boy": cold, distant and unattainable. He always seems unwilling to deal with other people, and all he wants is for everyone to get away from him. At the same time, he the middle son of the Cash He is a lover of literature, quotes and literary references. He often surprises Jude with his knowledge of book passages and authors. In addition, he professes great affection for his brothers.

Alexaindre is the youngest son of the powerful Cash family. The young man pretends to have a friendly and accessible character that he uses in his work as president of the student group. He is a great admirer of his brother Aegan, while for Adrik he feels a certain rejection, since he challenges him on countless occasions. Despite his appearance and attitude, Alexaindre hides disturbing secrets about events related to his family circle.

Artemis, or Artie, She is the protagonist's best friend. Since Jude arrives at Tagus, Artie warns him about how the Cash brothers behave. The young woman is afraid of the popular trio from the university because they blackmail her not to reveal a secret that the young woman keeps. It can be considered that, although she makes an appearance on several occasions, she is not a character of much relevance to the plot.

Through the second volume of Perfect liars readers can find out who Jude Derry is. It also reveals Why did you join Tagus?, the true reasons why approached the Cash brothers and all the secrets that they and their family keep before the elite of the university.

On this occasion, Jude herself is discovered as a perfect liar.. However, there are many more secrets and lies that must be revealed. 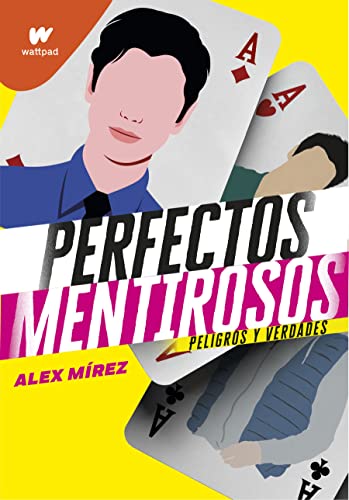 About the author, Alex Mírez

Alex Mírez was born in 1994, in Caracas, Venezuela. The young woman herself earned a degree in tourism services. However, one of her great hobbies is writing. Since was very young, Mírez saw his grandfather read, from whom he learned about general literature. Since then she became a lover of letters. Later he was encouraged to write, and he chose the Wattpad platform to do it.

Alex didn't realize his passion for writing reached so many readers until Wattpad decided to transfer one of his first stories from digital media to paper. In this case the published work was Asphyxiation Currently the writer is 28 years old and is fully dedicated to the work of creating literary titles. Her account on the orange platform, Alexa_Achar, is still active and available so that interested readers can read all her material.

Other books by Alex Mírez