Gastón Leroux was a French writer, journalist and lawyer who left his mark on the literature of his time thanks to his mystery novels. Among them, the first two installments of his series on detective Joseph Rouletabille are particularly famous. Namely, The mystery of the yellow room (1907) y The perfume of the lady in black

Of course, it is a sacrilege to omit The Phantom of the Opera (1910), Leroux's most famous creation. Not surprisingly, this title has been adapted to more than a hundred plays, television series and feature films, both European and Hollywood. In total, the Parisian author published 37 novels, 10 short stories and two plays during his lifetime.

Joseph Rouletabille is the amateur detective who is the protagonist of eight of Leroux's novels. En Le mystere de la chambre jaune —original French title— it is revealed that his name is actually a nickname. By the way, his surname can be translated as “globetrotter”, a curious adjective for a boy raised in a religious orphanage in Eu, a commune near Normandy.

At the beginning of the saga, the investigator is 18 years old and his "real profession" is journalism. Despite his young age and inexperience, he demonstrates a deductive ability "more conscientious than the police". What's more, already in his first case he must deal with Ballmeyer, a reputed international criminal with many identities. 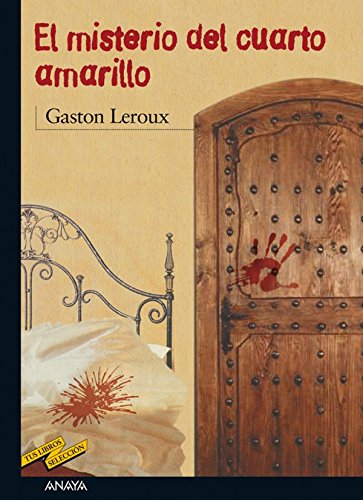 The mystery of the yellow room It is considered the first "locked room mystery" novel. It was named for its plot, in which a seemingly undetectable criminal is able to appear and disappear from a sealed room. For this reason, the original publication of the title—between September and November 1907—quickly caught the readership of the newspaper. L'Illustration.

The narrator of the story is Sinclair, a lawyer friend of Rouletabille. The action takes place in the Château du Glandier castle. Over there, Mathilde Stangerson, the owner's daughter, is found seriously injured in an underground laboratory (closed from inside). From that point on, an intricate conspiracy linked to the protagonist's own past is gradually exposed.

En The Perfume of the Lady in Black the action revolves around many of the characters from the predecessor installment. The beginning of this book shows newlyweds Robert Darzac and Mathilde Stangerson very relaxed on their honeymoon because the family enemy is officially dead. Rouletabille is suddenly called upon again when his ruthless nemesis reappears.

The mystery becomes progressively deeper, new disappearances and new crimes occur. Eventually, andhe young Joseph manages to get to the bottom of the whole thing thanks to his keen intellect… It turns out that the reporter is the son of Mathilde and Ballmeyer. The latter seduced Prof. Stangerson's daughter when she was very young. 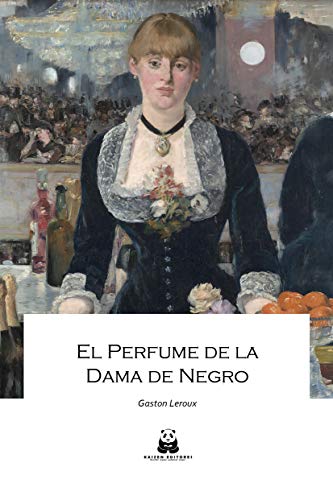 The other novels starring Joseph Rouletabille

A series of very strange events occur at the Paris Opera during the 1880s.. Those mysterious facts convince people that the feature is haunted. Some people even testify to having seen a shadowy figure, with a skull face with yellowish skin and burning eyes. From the beginning the narrator affirms that the ghost is real, although he is a human being.

Chaos ensues when the dancers claim to have seen the ghost in the latest performance directed by Debienne and Poligny. moments later, Joseph Buquet, machinist of the theater, is found dead (hung under the stage). Although everything seems to indicate a suicide, such conjecture does not seem logical when the rope of the gallows is never found. 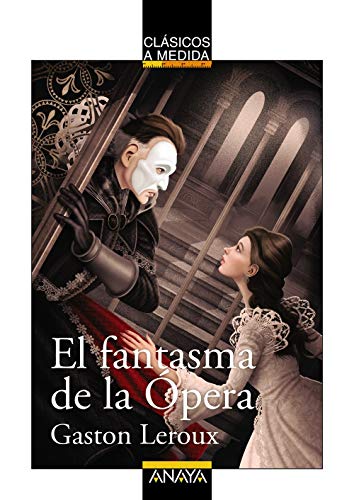 Gaston Louis Alfred Leroux was born in Paris, France, on May 6, 1868, into a wealthy family of merchants. During his youth he attended a boarding school in Normandy before studying law in the French capital. (He obtained his degree in 1889). In addition, the future writer inherited a fortune of more than a million francs, an astronomical amount at the time.

Leroux squandered the inheritance between bets, parties and excesses with drink, therefore, the former young millionaire was forced to work to support himself. His first important job was as a field reporter and theater critic for L'Echo de Paris. Then he went to the newspaper The Morning, where he began to cover the First Russian Revolution (January 1905).

Another event in which he was fully involved was the investigation of the old Paris Opera. In the basement of said enclosure - which at that time presented the Parisian ballet - there was a cell with prisoners of the Paris Commune. Subsequently, in 1907 he abandoned journalism to the detriment of writing, a passion that he cultivated since his student days in his spare time.

Most Gaston Leroux's stories show a notable influence from Sir Arthur Conan Doyle and from Edgar Allan Poe. The influence of the brilliant American writer is undeniable in the settings, the archetypes, the psychology of the characters and the narrative style of the Parisian. All these features are palpable in Leroux's first novel, The mystery of the yellow room.

In 1909, Leroux serialized in the magazine The Gaulois de The Phantom of the Opera. Its resounding success led to the title becoming a very popular book at the time nationally and internationally. That same year, the Gallic writer was named Chevalier of the Legion d'honneur, the highest decoration (civil or military) awarded in France.

In 1919, Gaston Leroux and Arthur Bernede -a close friend- created the Society of Cineromans. The main objective of that film company was to publish novels that could be turned into movies. By the 1920s, the French writer was recognized as a pioneer in the French detective genre., a rating that it maintains to this day.

Only of The Phantom of the Opera More than 70 adaptations have been made between cinema, radio and television. Additionally, this work has inspired more than a hundred titles including novels by other authors, children's literature, comics, non-fiction texts, songs and various mentions. Gastón Leroux died on April 15, 1927 due to a kidney infection; he was 58 years old.