Literary crowdfunding: supporting writers who need to finance their project.

Literary crowfunding, also known as crowdfunding, which is neither more nor less than a money collection via internet by an author to publish his book and donors or micro-dozen are compensated with a copy when it is published.

There are many types of crowfundig: for entrepreneurs where in return shares, benefits, etc. are received ..., for solidarity projects, to build houses, finance political campaigns ... for everything imaginable and of course in all cultural fields beyond literature : cinema, music, etc. ...

Although crowfunding is an Anglo-Saxon term that arises thanks to internet portals that are born to give technological support to this new form of financing, it is not a new idea:  in 1989 the Spanish rock group Extremoduro financed their first album through crowfunding. No platform to collect, yes.

From 2000 they begin to make themselves known digital platforms that allow you to present a project and request funds from Internet users in general, achieving a diffusion thanks to social networks that until now was not possible.

How does Crowfunding work?

If the economic objective is not achieved within the term, the contributions are not made. If it is achieved, the micro-dozen receives something in return. In the case of literary crowfunding, a copy of the book when it is published.

Literary crowdfunding uses the new technologies to achieve the traditional or digital publication of a book, where editor role it is usually performed by a co-publishing publisher that helps the author to organize the fundraising campaign or, in the minority of cases, to achieve self-publication where the work is carried out by the edition the author himself. In both cases the book is financed by the microsites in part or in whole.

In this area, the most varied experiences among the authors who have tried it.

The big problem for the authors is that normally crowdfunding raises funds for the publication of the work, which is sometimes achieved and sometimes not, but No. it is collected to publicize the book once published what greatly reduces the chances diffusion to a wide number of readers. It is not impossible as has been shown in different cases of self-publishing, but it is more difficult.

Domingo Alberto Martinez He is a writer, blogger (https://lahogueradeloslibros.wordpress.com/) and ex-bookstore.

With two novels to his credit and several short stories, all of them published thanks to the fact that they were winners of literary awards whose compensation was preciously the publication, even if they were short-run and short-range, he looked for a way to publish an anthology of stories entitled A deer on the road and it has been decided by crowdfunding via a co-publishing services company. 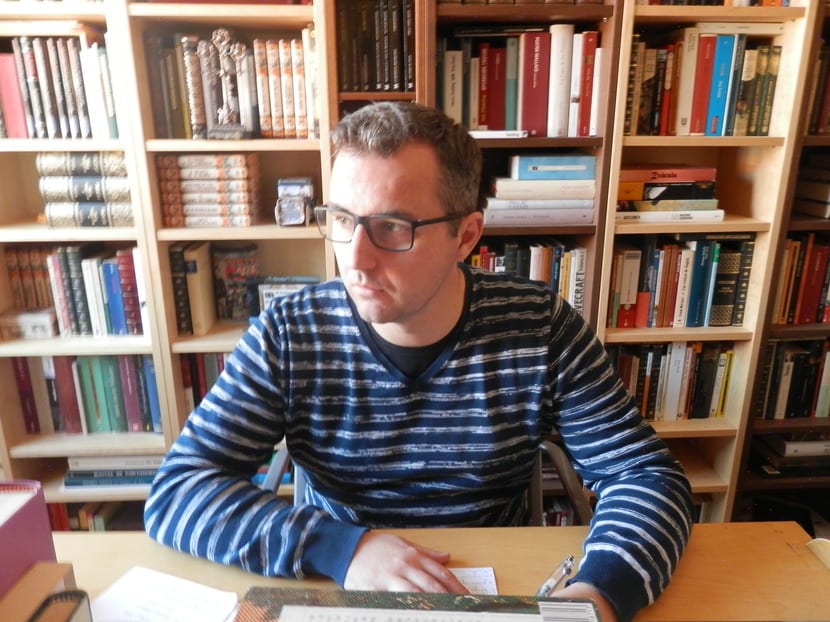 In four answers he summarizes his experience with this novel way of financing a book.

Because today it is very difficult to publish something if nobody knows you, if you only dedicate yourself to writing without having a gazillion followers on all kinds of social networks or if you don't write what publishers think is sold. The publishing industry is that, industry. The small ones are saturated with hundreds of unsolicited originals from writers who have been rejected by the big publishers; and with such a panorama, the truth is that the option to publish without having to scratch your pocket is very complicated. You are left with the option of the false publishers, which are still printers with another name, who ask you for money to publish and then there you manage to publicize the book. I have two small children and a mortgage, and I don't have enough to pay for editorial adventures.

How has your personal experience been?

Enriching, but if you ask if i would go through it again, it can never be said of this water I will not drink, but at the moment, no. A crowdfunding campaign is like measles, you have to pass it at some point. The first three weeks were really tough, because the campaign progressed very slowly. You spend the days asking for help, getting doors slammed, counting and seeing that you are not going to arrive; Y suddenly, one day, the campaign starts working. The last week was almost like a triumphant walk, thanks to all those people who supported my project and dedicated a few minutes of their lives to buy my book. Almost 130 people… and I can assure you that I don't have that many friends.

Expectations with the book.

I do not have excessive, the truth. I am not an ambitious person. The only one that I wanted to was to publish my book, which my stories became physical, not just in a handful of files on the computer, and that people could read them and give me their opinion. I'm not looking for fame. I would like, yes, to get a group of loyal readers, who value what I write and tell me from the heart if they like it or not.

As for dissemination, there was a bookstore during the campaign that supported me in Tudela, my town, which is the one with which I agreed to present the work.

Will you keep trying to get the attention of a publisher?

In the medium and long term that is the objective. Being able to work with a traditional publisher that trusts your work and with which you can publish regularly without having to juggle. We would all like to publish with Anagrama or Alfaguara, of course; But as the sector is, I am satisfied with a serious publishing house with which I can sell my books in Tudela and its surroundings. The rest is the story of the milkmaid, and I am already forty years old to go fantasizing ... outside of my stories, of course.

Good luck for Domingo and for all the writers who see crowdfunding an option for their works to see the light.