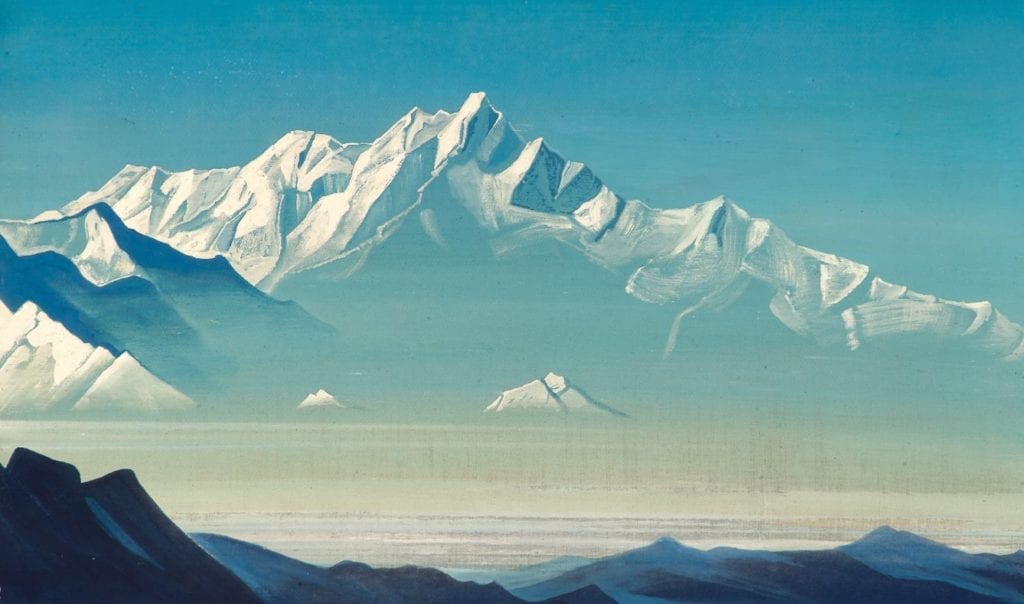 Oil by Nicholas Roerich, one of many who inspired In the mountains of madness.

It is surprising that an author of the stature of H. P. Lovecraft died alone and impoverished, although in reality it is a more common drama than it may seem. No one is a prophet in his land or, as is the case, in his time. As much as Lovecraft himself said in life that "a gentleman does not try to make himself known, he leaves it to the selfish careerists and petty ones," it is obvious that he was delusional. Its strict code of conduct (or suppressed yearnings, according to certain biographers) prevented it from being commercially successful. While his honor, a term now outdated even at the beginning of the XNUMXth century, is commendable. In the words of the French writer Michel Houellebecq: "In an age of crazed commercialism, it is comforting to find someone who so stubbornly refuses to 'sell themselves'."

What even critics of the Providence writer (among whom we might name Ursula K. Le Guin) must acknowledge is that decisively influenced art of later generations. His mythology transcended pulp y underground all the way to mass culture. Today much of the public knows, at least by hearsay, Cthulhu as much as Batman or Frodo. The tentacles of Lovecraft's narrative extend into works as disparate as the film Alien: the eighth passenger by Ridley Scott (1979), the visual novel Wonderful Everyday: Discontinous Existence by SCA-JI (2010) or the song Lost in the Ice of the Rage group (1993), which reviews the events of the short novel In the mountains of madness. It is precisely this work that we are going to discuss.

God is an astronaut

The landscape reminded me somewhat of the strange and disturbing Asian paintings by Nicholas Roerich, and the even more strange and disturbing descriptions of the evil and fabulous plateau of Leng that appear in the terrifying 'Necronomicon', by the mad Arab Abdul Alhazred. Later I was quite sorry to have leafed through that monstrous book in the university library.

Lovecraft suffered from a rare case of poikilothermia (inability to regulate body temperature independently of ambient temperature), which made him feel really sick at temperatures below 20º, especially towards the end of his life. For this reason, it is particularly striking that one of his best stories is set in Antarctica, as if that continent left by the hand of God had caused him a morbid fascination. 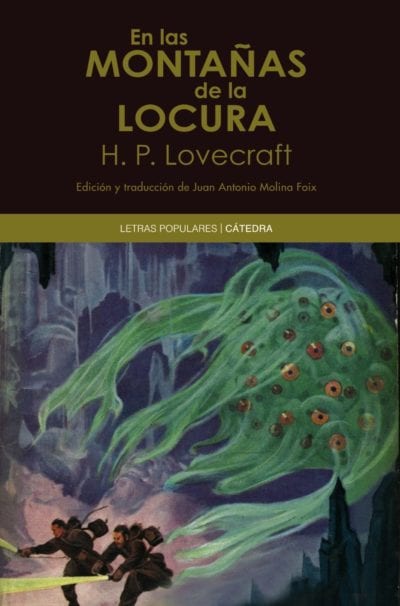 Cover of the edition of Cátedra de In the mountains of madness.

The argument In the mountains of madness is in principle simple: the geologist William dyer he tells in the first person his trip with a group of scientists to Antarctica, and the unspeakable horrors that they discover in a city, lost in the ice, that should not exist. The novel is very loosely inspired by The Arthur Gordon Pym Narrativeby Edgar Allan Poe. There is not a single dialogue between its pages, perhaps because of an aesthetic decision, or because the author himself was aware of his inability to write realistic conversations (as Stephen King points out in his essay While i write). In any case, Lovecraft uses humans as mere pawns to tell a story much older, and more terrible than humanity itself.

His blood runs through my veins

The wings, however, insistently suggested its aerial condition. […] It was so inconceivable that I strangely reminded Lake of the myths about the Great Ancients who descended from the stars and fabricated terrestrial life by joke or mistake, and the wild stories about cosmic beings from the Outside who lived in the mountains, from the spoken by a fellow folklorist from the Miskatonic Department of English Literature.

The book is not a horror tale, in the style of the Gothic tradition of ghosts and vampires, but a story of cosmic horror that explores how insignificant we are in the middle of the vast universe. The terrifying of In the mountains of madness it is its appearance as a dispassionate scientific report ("the glacier was at 86º 7 ′ latitude and 174º 23 ′ east longitude" or "the pyramid was 15 m high by 5 m long"). As if it really happened. Paradoxically, Lovecraft's systematic use of technical vocabulary achieves a very powerful poetic effect.

Delving deeper into the lexical issues, the author uses everything that is understood as beginner's errors (profusion of adjectives and adverbs, use of archaic or far-fetched synonyms, etc.), which he makes his own and flies like a banner. This makes the text have the character of a thorough dissection, more than description. For Lovecraft, temples are not bigNor hugeBut cyclopean y megalithic. Which translates into a kind of anachrony and unreality that affects the reader's mood as the story progresses.

You could talk at length about In the mountains of madnessBut suffice it to say that it is a cornerstone piece of XNUMXth century sci-fi and horror literature. Much of what we read today owes a lot to this novel. Very possibly, in the near future it will be on the lips of the general public, since the well-known director Guillermo del Toro (who won several Oscars for The shape of the water) has been flirting with the idea of ​​a movie version for years.

Full path to article: Current Literature » Genders » Terror » "In the mountains of madness." Cosmic horror from the hand of Lovecraft.