The web search "famous phrases by Gabriel Garcia Márquez One Hundred Years of Solitude" is common. And it is that this work set the tone, and even today, more than 60 years after its publication, it continues to talk about. Gabriel García Márquez is undoubtedly one of the most prominent representatives of magical realism and Latin American literature in general. Not surprisingly, "Gabo" was awarded the 1982 Nobel Prize for Literature. For this reason, this article presents a selection with the best phrases from One Hundred Years of Solitude (1967), his masterpiece.

This novel is considered by scholars as a text of universal significance. It's more, the Iberian newspaper El Mundo included it in the "list of the 100 best novels in Spanish of the XNUMXth century". For its part, the French newspaper Le Monde He mentions it among the "100 best books of the 100th century." Likewise, for the Norwegian Book Club it is one of the “XNUMX best books of all time”.

Gabriel Jose de la Concordia Garcia Marquez (March 6, 1927 - April 17, 2014) was born in Aracataca, department of Magdalena, Colombia. Gabriel Eligio García was his parents, and Luisa Santiaga Márquez, his mother. "Gabito" he was left in the care of his maternal grandparents in his hometown. But in 1936 his grandfather passed away and her grandmother ended up being blind, therefore, she returned to her parents in Sucre.

He attended his first years of high school at the Jesuit school San José (today, Instituto San José). At that time he began to publish poems in the collegiate magazine Youth. Subsequently, rHe received a government scholarship to study at the Liceo Nacional de Zipaquirá, near Bogotá. There he obtained his bachelor's degree and later began studying law at the National University of Colombia.

In reality, the law career was not a vocational choice but rather an attempt to please her parent. Since García Márquez's true desire was to become a writer. Also, during that time it was markedly marked by authors such as Franz Kafka and Borges.

That way, was configuring a style that mixed the crazy stories of his grandmother with style features inspired by Metamorphosis, for example. During September 1947 he published his first short story El Espectador. Meanwhile, he continued his law career until the so-called Bogotazo, which occurred on April 9, 1948 after the assassination of Jorge Eliécer Gaitán.

His journalistic career and marriage

After the indefinite closure of the National University, Márquez went to the University of Cartagena and got a job as a reporter in El Universal. In 1950, he definitively left his law degree to practice journalism in Barranquilla. In the capital of the Department of Atlántico he married Mercedes Barcha in March 1958.

The couple had two children: Rodrigo (1959) and Gonzalo (1964). In 1961, Gabriel García Márquez moved with his family to New York, where he worked as a correspondent for Prensa Latina. However, due to his closeness and favorable reports towards the figure of Fidel Castro, he received strong criticism from Cuban dissidents.

García Márquez and his family emigrated to Mexico City after receiving threats from the CIA. In Aztec lands he established his residence and spent most of the rest of his life, despite having homes in Bogotá, Cartagena de Indias and Paris.

En the Mexican metropolis published in June 1967 his consecrating work: One Hundred Years of Solitude.

The legacy of One Hundred Years of Solitude

East book became a famous title within Latin American magical realism thanks to its masterful combination of feasible elements, fictitious passages and extrapolated events from Colombian history. For this reason, the initially prosperous, then convulsed and finally exterminated town of Macondo, became world famous.

In that scenario, García Márquez explored topics such as loneliness, incest, fantasy, wars, commercialism and politicking. Nor is there a lack of intrigues and love affairs between the protagonists of a story that spans seven generations described in a cyclical time. (Although, within an identifiable historical framework). 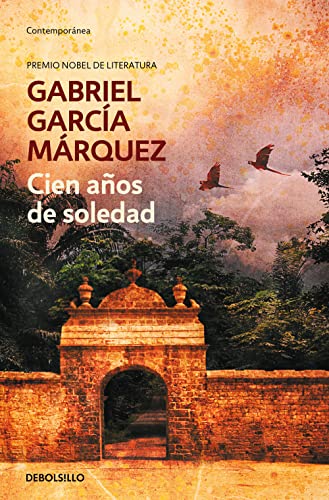 Some of additional about One Hundred Years of Solitude

The best phrases of One Hundred Years of Solitude